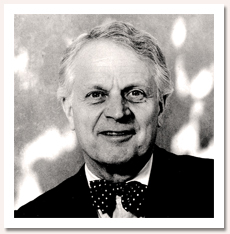 The former head of Trinity School in New York, also taught and headed schools in San Francisco, Chicago, and Minneapolis. This is his debut novel. He has written OpEd essays for the New York Times and his award-winning history of college football, Stagg's University, was termed, "splendid" and "brilliant" by Arthur Schlesinger, Jr.

Then, there is the story of how a Nebraska farm/ranch boy became the youngest headmaster in 270 years at North America's oldest royally-chartered Anglican school.

It was the renowned editor Richard Seaver (one of my favorite school trustees), who first encouraged me to write this book. He also cautioned that I would find my background as an historian a hindrance because I would find it difficult to master fiction's casual chronological order and its pervasive mental complexity. He was right. It took this fast learner twelve years to write the novel. Editors Andrea Chapin, Dan Zitin, and Karen Shepard got me started, Jane O'Connor and Anthony Gellert added their keen readings, and Judy Sternlight, whom Peter Matthiessen described as "exceptionally intelligent and insightful," guided me to the finish line. Eliza Dreier and Katarina Manos did final corrections. Agent Carol Mann was unfailingly helpful and her colleague Myrsini Stephanides proved a skillful and sensitive backup.

William Wixom, Medieval Art Department Head emeritus of the Metropolitan Museum, Susan Galassi, Senior Curator of the Frick Collection, John Williams of the National Gallery, London, and many friends from the Boston Fine Arts Museum, the Rijksmuseum, the Frans Hals Museum, the Mauritshaus, and the Rembrandthuis, provided invaluable guidance on institutional, artistic, and literary matters.

Finally, deepest thanks to my family: sons Robin Debevoise and James Robinson who have cheered this enterprise through the years, and their mother, the person who has been my best friend, lover, editor and map illustrator through more than a score of drafts, Helen Sargent Doughty Lester.

ABOUT THAT. "BEST FRIEND, LOVER, EDITOR, AND MAP ILLUSTRATOR" I invite you to have a look at her inspired and inspiring creations at helenlester.com