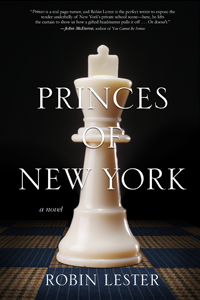 Tom West, the rumpled, young head of Christ Church School in Manhattan, loves his school. He is aware that he is considered an outsider by some blue bloods because he hasn't an Ivy degree or "family background," but his students and faculty have joined him in creating a warm community.

And then, within a few days, Tom's world begins to come apart. The most powerful school trustee, Robert Cattivo—a real estate magnate who mentored Trump and quotes Machiavelli—declares war on him because he's not a triumphant fundraiser.

Cattivo threatens the integrity of the school and the principled headmaster is thrown into the biggest challenge of his life. Will the Machiavellian succeed in corrupting Tom and his institution by selling trustee seats and admissions slots to the highest bidder and then kicking the headmaster to the curb?

Aided by a beautiful Met curator and an ailing bishop, Tom fights Cattivo's band of ruthless barbarians to save the soul of the school, and in the process, he rediscovers his own humanity. 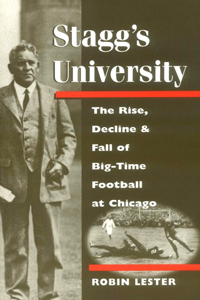 For this first case study of college football by a social historian, Lester has brought life to the story of a university football program that had an unusual beginning, a glorious middle, and a unique and inglorious conclusion.

The nation's first tenured coach and the most creative and entrepreneurial of all college coaches from the 1890s to the 1920s, Amos Alonzo Stagg headed a program marked by creation of the lettermans club and by the dominant use of the forward pass, of jersey numbers, and of the collegiate modern T formation.

Stagg, who had been an all-American football player at Yale University, joined the company of nine former college or seminary presidents and academic notables, including John Dewey, Thorstein Veblen, and Albert Michelson, when he was named associate professor of physical culture and coach of the football team at the University of Chicago in 1892. Within fifteen years, the charismatic Stagg had developed a program so powerful that more Americans knew of it than of the physics experiments of Michelson, who in 1907 became the first U.S. citizen to win the Nobel Prize.

The logical commercial trail established by Stagg and University President William Rainey Harper helped change football into a mass entertainment industry on American campuses. This fascinating look at the birth of bigtime college sport shows how today s gridiron glory and scandal were prefigured in Chicago's football industry of the early twentieth century, presided over by the brilliant, combative, saintly, but very human Amos Alonzo Stagg.